The wider spread of Guruji’s work and the earthing and translation of the teachings of this lineage are deeply supported and managed by Guruji’s wife Dipti Tiwari. Through her feminine presence, strength and discernment she serves to bridge the teachings of the Bhairavanand lineage to all those who access this path of awakening. Together Guruji and Guru Ma serve countless disciples as a united family unit along with their beloved son Sharabh.

On some of our specialised trainings Dipti Tiwari introduces Indian classical Dance. Dipti is deeply inspired by Bharatnatyam classical dance and is a direct disciple and wife of Guruji Maharaj. Her teaching combines the wisdom of Tantra with Indian classical dance to offer a dance of evolution. Dipti shares the esoteric history of this dance with a knowledge that has much been lost. In this three day sadhana immersion she teaches alongside Guruji combining Mantra, Yantra and Yagna with mudras, kriyas and dance practices so that the dance becomes a truly divine feminine practice. 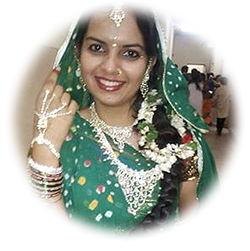 Yogini Tantrika guest teacher on sexuality and self inquiry

Laura Carrotti has dedicated her life to helping people redefine their relationship with their sexuality. She merges traditional Yoga and Tantra with breath work, psycho-spiritual inquiry and dynamic meditation to create an experience of presence and embodiment. From this place the participants are guided through an individual process which maps out the patterns and mental conditioning present in their relating and allows them to take responsibility for their lives rather than feel victims of fate. From this place of responsibility acceptance unfolds, and from acceptance can come lasting change.

Keith has worked as a sports scientist and shiatsu therapist in several locations including a physical rehabilitation centre as part of a team of Chiropractors, occupational therapists and physiotherapists and Nuffield hospital as part of their physiotherapy department.
He now concentrates on teaching anatomy and physiology to the Devon School of Yoga; the International school of Macrobiotics and Exeter college of further education, all based in the U.K. He has an enthusiasm and wonder for understanding the marvels of the human body and inter grating concepts from complementary therapy and mainstream medicine. 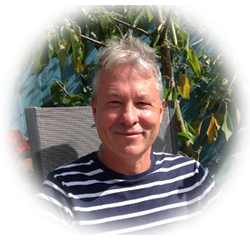 Prateek Mishrapuri was born in Haridwar near the Himalayas in North India, he is presently working in Rishikesh. Prateek was born in an old Brahman family where the studying and teaching of Vedic Astrology and Yoga has its tradition over the last thirty generations. He studied with his grandfather and later went to college in Haridwar where he studied Vedic Astrology and Yoga. He finished with a doctorate.

His main subjects are: Vedic Astrology, Pranayama Breathing therapy and Yoga therapy. He is regularly travelling abroad to countries such as USA, Australia, Israel, Holland, Germany, Austria, Switzerland, France, U.K and Russsia. He has received prices for his great astrological achievements and was many times in national and international media. Prateek joins us in Rishikesh to share his wisdom on Astrology and traditional Tantric philosophy. 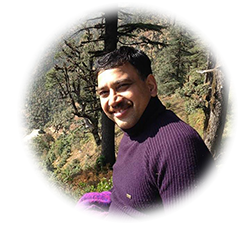 Draupadi is a deeply intuitive healer and visionary. She has lived in the magical isle of Avalon for almost 20 years and is deeply connected to the energies of this sacred land and to the lady of Avalon. She has dedicated her life to working in service for the Divine Mother and is wholly commited to facilitating the healing process of women to help with their empowerment and assisting them to reconnect with their natural feminine essence. She teaches with spirit and humour and really guides her students to go deep in their process so they may truly walk with grace in their divine purpose.

After a long journey of dealing with her own difficulties in life that manifested through addictions, she is loving proof of how someone can turn their lives around completely and find their true purpose in the same lifetime. She lives her life in a magical way and her motto is to move, touch and inspire, Draupadi does this naturally. 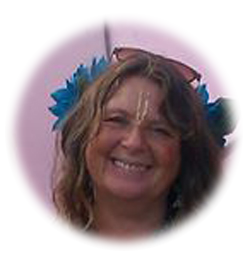 Prashant was initiated into Yoga at an early age, inspired by his Grandfather performing headstand every morning, he was taught Hatha Yoga at high school in Delhi and then starting his teaching career teaching his fellow University students in Ireland.
Ten years later, he still finds himself hungry to share, learn and engage in the bliss and benifits of Yoga. His professional practice has been informed by his experience of Vinyasa flow in Rishikesh and Goa, Shivananda Yoga in Kerala, Art of Living (Sri Sri Yoga) in Bangalore and Restorative Yoga in Belgum.
His most extensive and most recent personal training has been as a follower of the B.K.S Iyengar methodology, under senior Iyengar teachers Usha Devi, Lothar Hofler, Raghuvendra Shenoy and Dr. Abhay Kesti, his Guru, with whom he has developed a passion for Yoga Therapy.
Prashant's Yoga practice and teaching has lead him all across Europe, through Nepal and Thailand, as well as several remote and urban parts of India teaching and learning.
The exploration, via yoga, of the Zen and Tantric principles of self- observation, self-acceptance, and inner relaxation is the driving factor behind Prashant's current teaching practice. 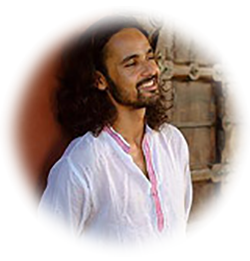 Sophia La Pastina is an internationally acclaimed Yoga teacher, healer and spiritual guide known for her empowering and transformational approach to yoga, healing arts and spirituality.

Sophia's teaching draws on the depth of the Bihar Yoga tradition which stems from the Sivananda linage of masters. Through the grace of her teachers she is able to bring alive the ancient wisdom of the East for modern seekers. The depth of Sophia s teachings allows students to connect deeply with their own authentic power, spirit and truth.

In the present widespread of Yoga in the west it can sometimes be difficult to find teachings that are rooted in an authentic linage. The Bihar school's teachings are used by many schools as core teachings for Yoga and Tantra. Sophia spent 7 years studying in depth this esoteric system and five years studying as a Chiropractor Doctor (D.C.). She later combined this ancient wisdom with the modern day knowledge of anatomy, body alignment and holistic wellbeing.

Sophia has been referred to as a 'pioneering and inspiring presence in yoga's evolution in the west', her heart-centered teachings have influenced many students and teachers around the world. She holds certification in Yoga and Ayurvedic Yoga Massage.

Sophia's style of classes include Asana, Kriyas, various mudras of the body and hands, spontaneous asana flow and a rich transmission of knowledge through out the class. Sophia has taught various teacher trainings in Yoga, AcroYoga and massage therapy. She holds workshops and drop in classes seasonally in Goa and the Himalayas in India and offers sacred journeys to ancient powers sites in Brazil.

Sophia has been deeply influenced and guided by her spiritual master SrI Prem Baba, a Vedic and shamanic Guru from Brazil. She has been a main Yoga influence for the ashram in both Brazil and Rishikesh and is presently working on a project to align her style of Yoga with the work of Prem Baba. The project is called Awaken Yoga. 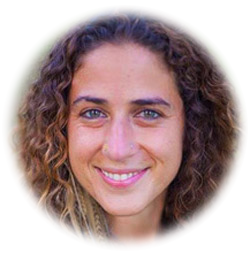