What is Yantra & Mantra? 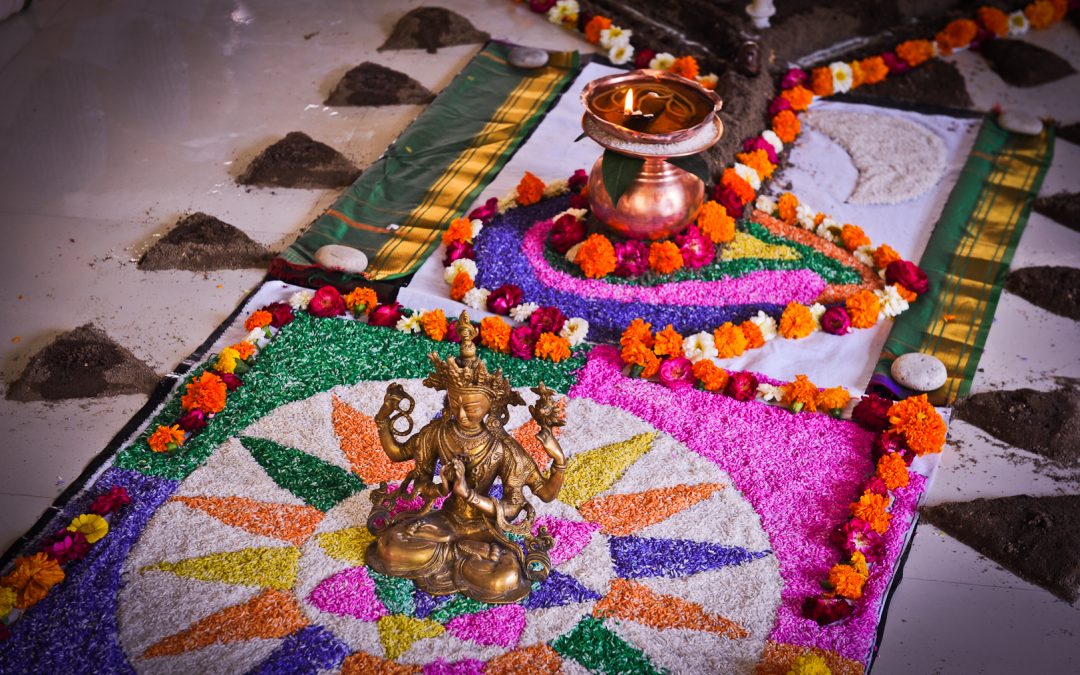 Tantra is a spiritual path that embraces life in order to awaken consciousness. Within Tantra Yoga various techniques are used such as Mantra, Yantra, ritual and meditation to purify and energize our being thus bringing a deeper awareness of our spiritual existence.

Tantra cultivates a devotional approach to practice, emphasizing the worship of the goddess, Shakti and her consort Shiva. As we go deeper into the practice we ultimately experience the divine union of these masculine and feminine attributes.

A Mantra is the sound form a particular energy; specific sounds, words or phrases are repeated. By practising the repetition of Mantra either by verblising the sound internally or externally we commune with and invoke the beneficial energies specific to the Mantra.

Mantra is an important tool used in many spiritual practices and can even be combined with the practice of Yoga Asana. The word Mantra is derived from two words – Manas, meaning the cognitive mind, and Trai, meaning to protect or free from. Hence Mantra is a tool that can be used to become free from the mind.

The Yantra is a geometrical, usually symmetrical, design which can be focused upon as a tool for meditation. The different geometric patterns symbolically represent different aspects of the creative forces of the universe. For instance the central point represents the absolute or the infinite, the four gates around the edge represent the four directions.

Yantras can also be empowered by invoking a Mantra over the Yantra, so that it becomes a living form of its particular energy, which is often a particular aspect of the Goddess, such as Tara or Saraswati. By combining the use of the Mantra with the Yantra we can experience true Tantra, union.

Yagna is a sacred fire ceremony traditional to the tantric and vedic systems of India.

Various materials depending on the specific quality of the Yagna are offered to the fire, whilst reciting Mantras. These Mantras honour various energies such as the cardinal directions and particular divine qualities of the Hindu and yogic traditions that support the success of the ceremony. Special combinations of herbs or simply rice, sugar and sesame seeds are commonly offered along with ghee to the fire with a specific Mantra depending upon one’s personal Sadhana or the group intention.

Fire Yagna is a highly purifying spiritual practice that enables us to commune with different energies of Shakti or Shiva, energies that raise our awareness and consciousness. Ultimately it is a physical representation of the offering of the ego to our own supreme nature. It also symbolises  the inner fire of the Yogi or Yogini that fuels the spiritual transformation.