What Is Kashmir Shaivism? A Path To Pure Consciousness 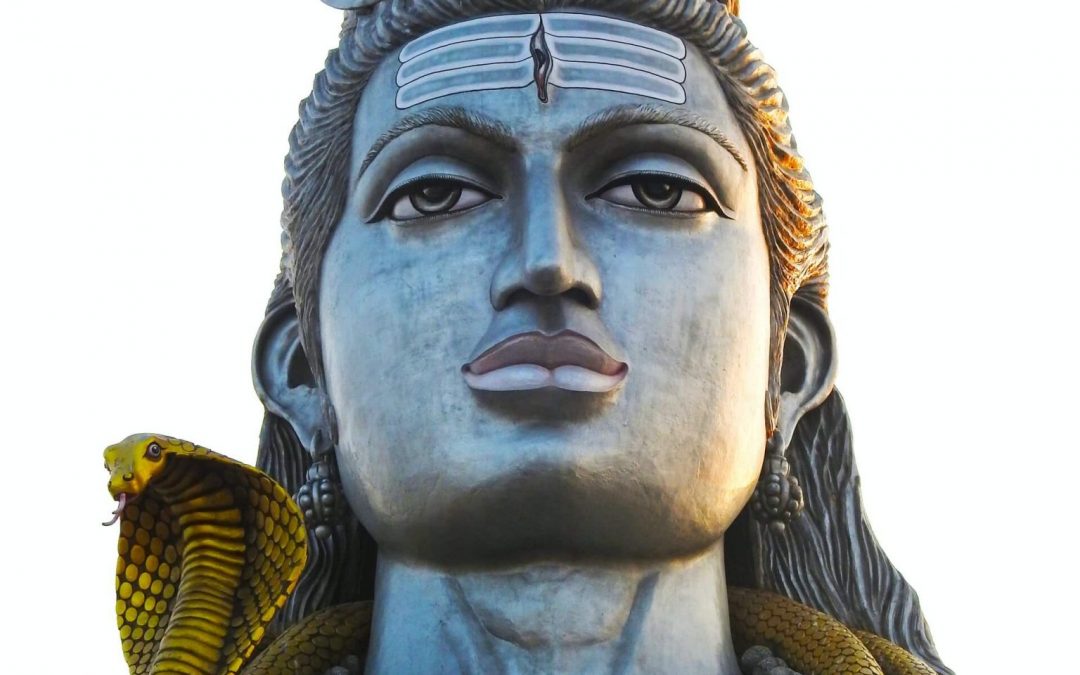 Kashmir Shaivism, often spelled Kashmir Saivism, is a spiritual practice that believes that everything is an expression of pure consciousness.

It is an ancient Tantra practice where Lord Shiva holds a central role, representing God consciousness in all that we do.

But where did this ancient philosophy come from and what do the Tantric teachings say about the individual soul?

Let’s do a deep dive into the beloved Kashmir Shaivism, supreme consciousness, and how this Tantric tradition looks today.

What Is Kashmir Shaivism?

Kashmir Shaivism is a group of many Tantric and monotheistic religious traditions that date back to the first millennium BC in Kashmir. The later centuries flourished in the early second millennium. These non-dualistic Tantric Shaivite traditions began after 850C.E.

Also known as the Trika Tradition School, Kashmir Shaivism is an all India that flourished in Maharashtra and Odisha. Kashmir Shaivism succeeded in the Shaivism doctrine, a unique tradition considered to be an authentic Tantric Shaivism. The goal of the Shaiva doctrine of being a unique Lord Shiva had reached Kashmir in Shaivism by recognizing himself as Shiva. 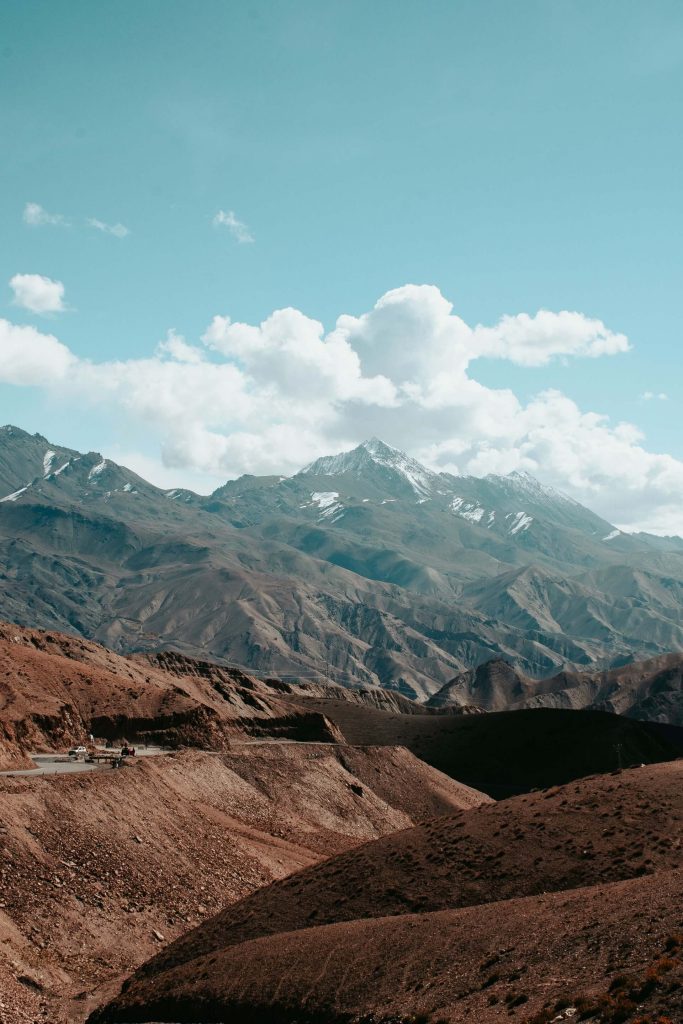 From 850 to 900 CE, the Spandakarika and the Shiva Sutras were sakshata shiva’s first attempts at presenting a non-dialectical Gyannology and metaphysics Soteriology “sutra” to oppose the double exclusions of the Shiva doctrine. Either Bhatta Kalata or Vasugupta produced the Spandakarika. According to the Trika traditions, the Shiva Sutra came to Vasugupta as a dream. The first theologian of monotheism was Somananda, a teacher of Utpaldev.

Acharya Rameshwar is credited with establishing Kashmir Shaivism within the learned Varanasi community. Acharya (a disciple of Lakshmana) made it possible for scholars and common people to access Kashmir Shaivism by using his personal experience, creativity, and knowledge of ancient texts. His original documents of Sanskrit shlokas were compiled and published as Swami Swatantram and Purnama Pratisthain sanskrit. Another scholar who contributed to the spread of Kashmir Shaivism was Swami Muktananda. Although he was not related to the direct lineage of Kashmir Shaivism, he helped introduce his concepts to Western meditators through his lectures and teachings.

How is Kashmir Shaivism Prevalent?

“Sadhana” meditation is mandatory to attain salvation. Some of the ways to help you attain Moksha include Anavapya (a process of the body), Saptopaya (method of mind), Anupa (method of methodless) and Sambhavopa (method of consciousness).

What is Anova Paya?

Anovapaya which means that the purification of your body involves giving external objects and incense to the deity. Anovapaya includes breath offerings; Therefore, a person should learn how he can control his pulse and heart. A person should renounce the consumption of water and food during the final stages of anopoya, as a result of which he has to associate himself with the supreme state as Shiva, thus purifying his body, and generating ojas.

When should Kaula be practiced?

Kaula Kāpālika tradition is a religious tradition in Tantric Shaivism and Shaktism characterized by distinctive symbolism and rituals associated with the worship of the Shakti Goddess. Although this practice is domestic within the householder traditions, Kashmir Shaivism advises that a person should practice kaula in secret to help him with his heritage. Kaula is practiced in isolation.

What is the difference between Advaita Vedanta and Kashmir Shaivism?

Shared philosophical thought and tradition have played a greater role than any other element in connecting Kashmir with the rest of India, from ancient Kashmiri Shaivism to medieval Sufi tradition.

Kashmir, due to its geographical location, natural beauty, and temperate climate, has been rich in art, literature, drama, dance, and painting. It is noteworthy that Kashmir has always been associated with the rest of India due to the same philosophical ideas and traditions apart from business and politics.

The arguments presented in this regard are as follows:

In Vedic philosophies, shad darshan is more famous and ancient.

Shivasutra refers to the group of 4 sutras which are the basis of Kashmiri Shaivism. His authors are considered Vasugupta, whose time is in the 8th century.

Vasugupta is considered the pioneer of the tradition of Kashmir Shaivism (Pratibhagya Darshan). He composed Shiva Sutra.

The Acharya described the form in which Brahma came to know. Despite having so many ideologies, everyone believes that God is the destiny of this creation. The founder of the Advaita ideology is Shankaracharya, also known as Shankara Advaita or Kevala Advaita.

Shankaracharya believes that Brahm is the truth in the world. Everything else is false (Brahman Truth, Jagat Falya). Jiva cannot know Brahma only because of ignorance, whereas Brahma is seated inside him. He has stated Advaita doctrine in his Brahma sutra by saying “Ego Brahmasmi”. Vallabhacharya considers Brahma tattva, Jiva, and Jagat, all three to be true in his Shuddh Advaita philosophy, which has been proved by the Vedas, Upanishads, Brahma sutra, Gita, and Srimad Bhagavat.

The Advaita principle also permeates the pasture world. When the thorn pricks in the foot, then water comes from the eyes and the hand goes to remove the thorn. This is a perfect example of Advaita. Shankaracharya’s view was ‘Ekobrahm, Second Nasti’. Parambrahm existed before creation. Brahma is the truth and the universe is immaterial.

In Shankaracharya’s opinion, Brahman is nirguna, passive, “sata-asat”(truth and lie), separate from work-cause. Brahman cannot be seen with the eyes, cannot be known by the mind, it is not the knower nor the known, the past of knowledge and action. Due to Maya, the living being is not able to know ‘Aham Brahma’. The soul is passive and infinite in the form of pure knowledge, the organism does not have this knowledge.

Abhinavagupta (975-1025) Philosopher, Mystic, and Moorthy teacher of literature. Kashmiri Shaivite and Tantra’s priest. He was also a musician, poet, playwright, theologian, and logician. Abhinavgupta’s personality is very mysterious. Patanjali, the author of Mahabhashya, has received the glory and honorable eminence in the history of grammar and the eloquent Vachaspati Mishra in the history of Advaita Vedanta, the same pride Abhinav has received in the history of Tantra and ornamentation.

He distinguished the rhetoric of philosophy at a higher level of philosophy by making a psychological interpretation (expressionism) of the Rasa principle and arranged it on the test of logic by giving adult commentary to the counter-narratives and triad philosophies. These blokes were not only dry and logical, but they were also penetrating seekers of deep mysteries of spiritual and meditative practice.

The emergence of Abhinavagupta is well known by the time instructions of his texts. In his early texts, Kramastotra was composed in 66 Cosmic Samvat (991 AD) and Bhairav Stotra in 68 Samvat (993 AD). His creation of Ishvara-Pratibhava-Vimarshini is a 90 cosmic era (1015 AD).

As a result, the period of his literary works can be considered from 990 AD to 1020 AD. Thus, their time can be accepted as the latter half of the tenth century and the early period of the eleventh century.