What Is Kirtan Music? A Yogic Explanation & 3 Mantras You Can Sing 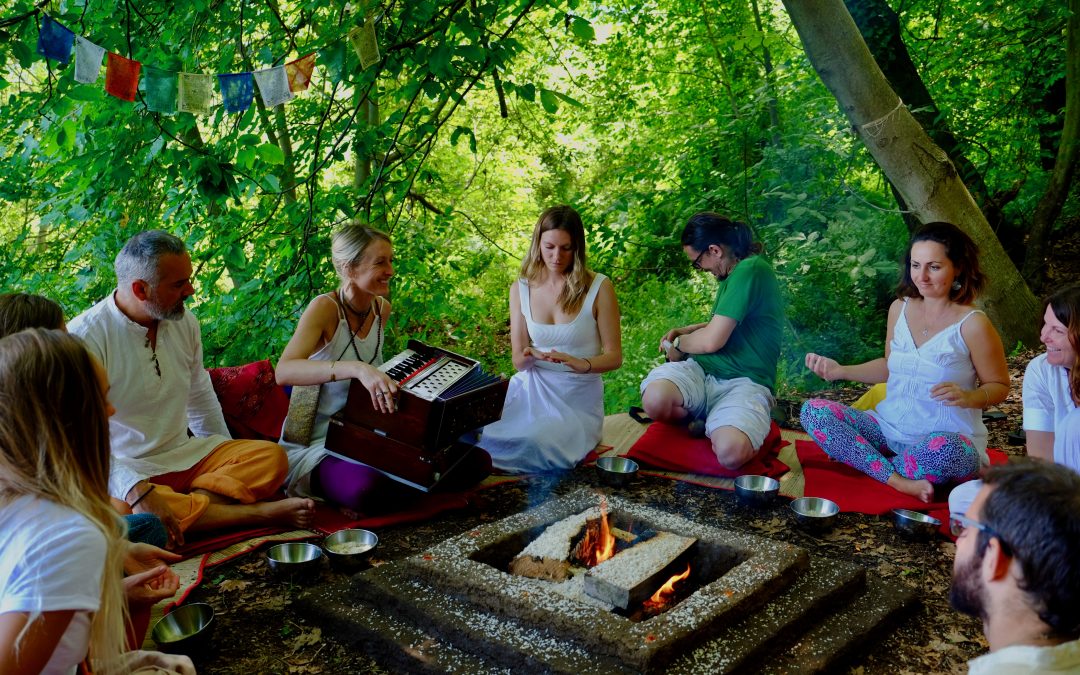 Singing Kirtan music is an ancient practice in Yoga that can bring powerful spiritual effects, and is part of a practice known as Bhakti Yoga. Kirtan songs are made up of sacred sounds that can be sung by anyone, anywhere — it’s less about sounding pitch-perfect, and more about the feeling of lovingness, community and celebration that happens when you join together to sing songs of devotion.

What Is Kirtan Music?

The word ‘Kirtan’ literally means praise — which makes Kirtan music the sound of praise. Many Kirtans have a call-and-response style, where one person sings a line, and another repeats it back. This makes it perfect for singing as a group because it means you don’t need to know the words, or be a musician, or even have any musical instruments on hand. It’s all about joining together in the shared experience of singing in celebration and worship.

Traditional Kirtan songs are in Sanskrit, which is the ancient language of India. The Sanskrit language has inherent spiritual power because of its vibrational effects on the body, mind and soul. This is why the chants, also known as mantras, are most potent when they’re sung in their original form. A Sanskrit mantra can be thought of as channelling the energies of the universe through sound vibrations, where each sound a syllable has a special meaning and effect.

By using these sacred sounds, different sound healing effects can be achieved, depending on the energies invoked by the mantra. Although Kirtan music often contains mantras, the difference is that Kirtan is all about the collective experience of joining together in song, whereas chanting a mantra is a private and personal experience.

Kirtan is a tradition practised by Yogis and Mystics throughout history because of the profound physical, emotional and spiritual effects that singing these ancient chants can bring. Even today, there are many popular Kirtan songs in Indian music, and there are also some famous Western songs, like The Hare Krishna Mantra released by George Harrison from The Beatles. Singing Kirtan, or even just listening to Kirtan music, is a devotional practice — which, when combined with the influence of the mantra, can bring deep bliss and joy into your heart.

What Is Kirtan In Yoga?

Kirtan singing is practised in Yoga, and particularly in Tantric Yoga — you might even take part in a Kirtan circle as part of a Yoga class, retreats, or at various Yoga Festivals. It is considered to be a devotional practice, also known as Bhakti Yoga. The Yoga practise of Bhakti is the act of surrendering all your doubts, fears and worries, to express genuine love and devotion to the power of the universe. This is one of the four main yogic paths to enlightenment. It’s a process that takes the energy of all the emotions and turns them into the highest of all, which is pure, unconditional, divine love. 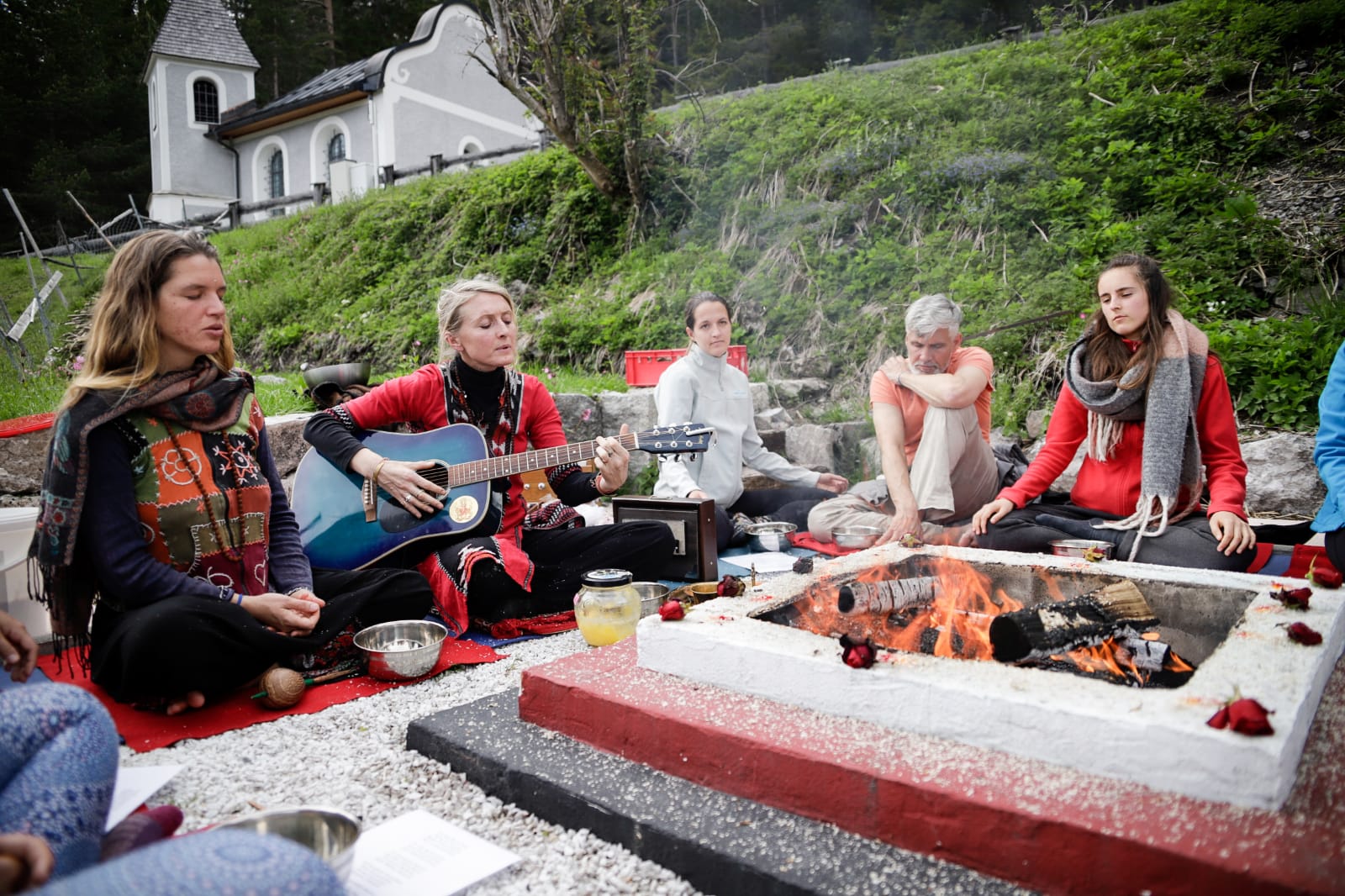 The focus of this unconditional love is the Yogis choice, though particular Kirtans will focus on different manifestations of the divine — for example, Krishna is the object of devotion in the well known Kirtan song ‘Hare Rama Hare Krishna’.

By combining specific Kirtans with meditation, it can become a Kriya known as Kirtan Kriya Meditation. Kriyas, alongside other Yogic traditions such as Pranayamas, Yantra, Yagna, and Mantra Meditation, forms part of the spiritual science that is Tantra.

Three Kirtan Chants You Can Use

This is a well known Vedic mantra. It’s a prayer to the divine light of the sun and is known for its powerful purifying effects. The pronunciation is in the brackets underneath each line. 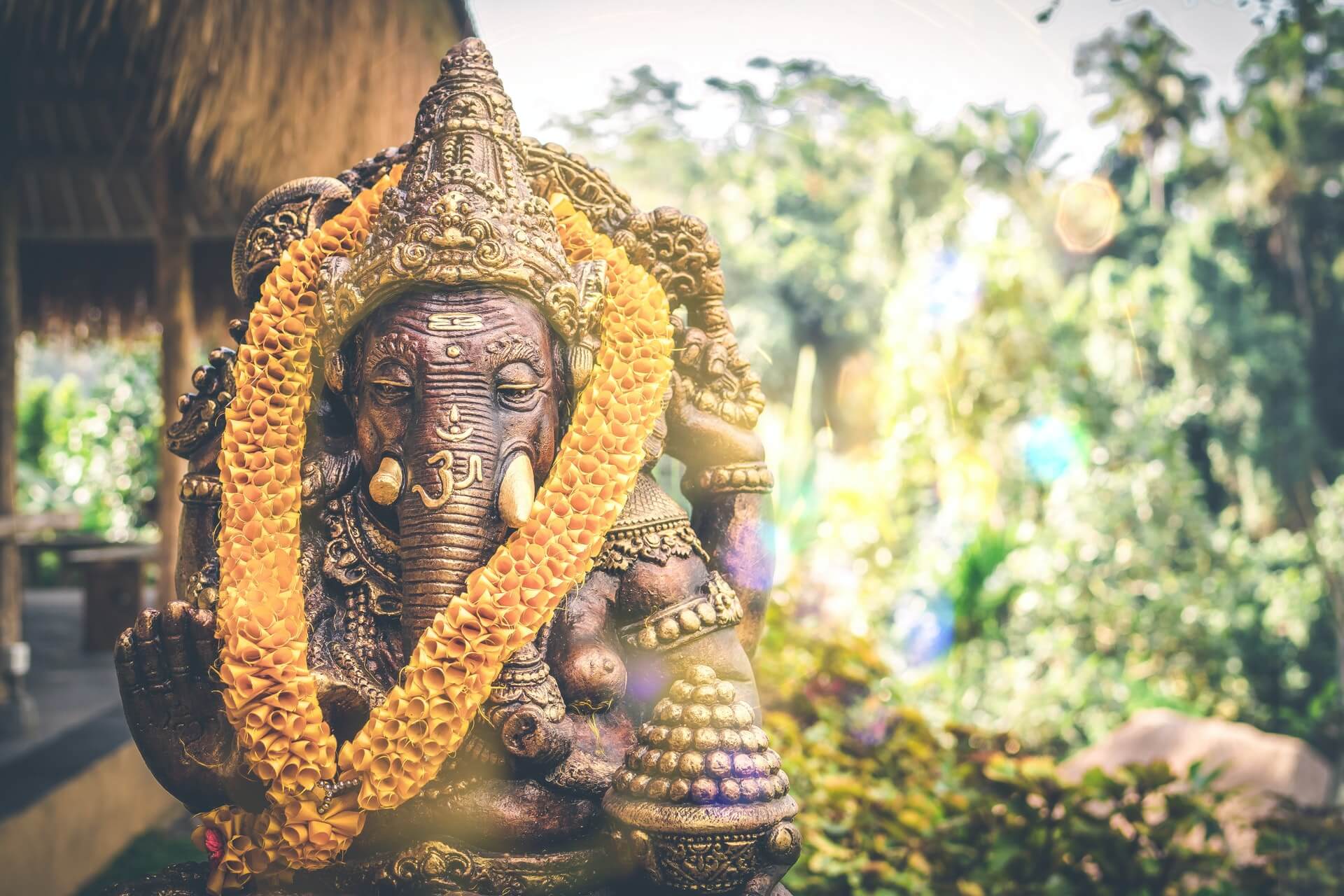 This short chant is dedicated to the Hindu God Ganesha. The mantra is commonly used to help clear obstacles from your path — however, it can be a beautiful act of devotion to instead focus on singing the Kirtan simply as an act of praise for Ganesh. 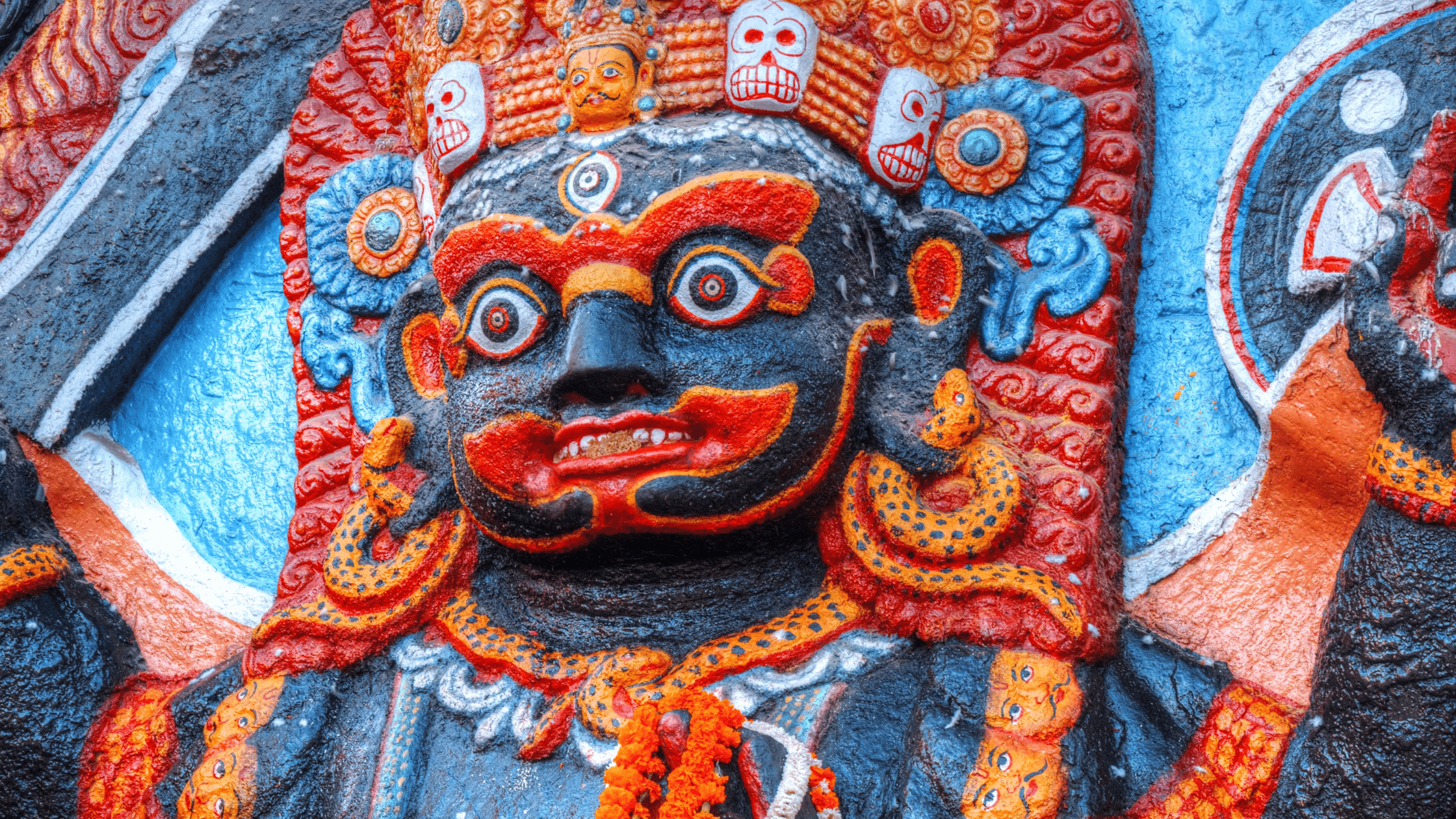 This Kirtan mantra worships the Deva, or goddess, in her many forms.