Who is Tripura Sundari? 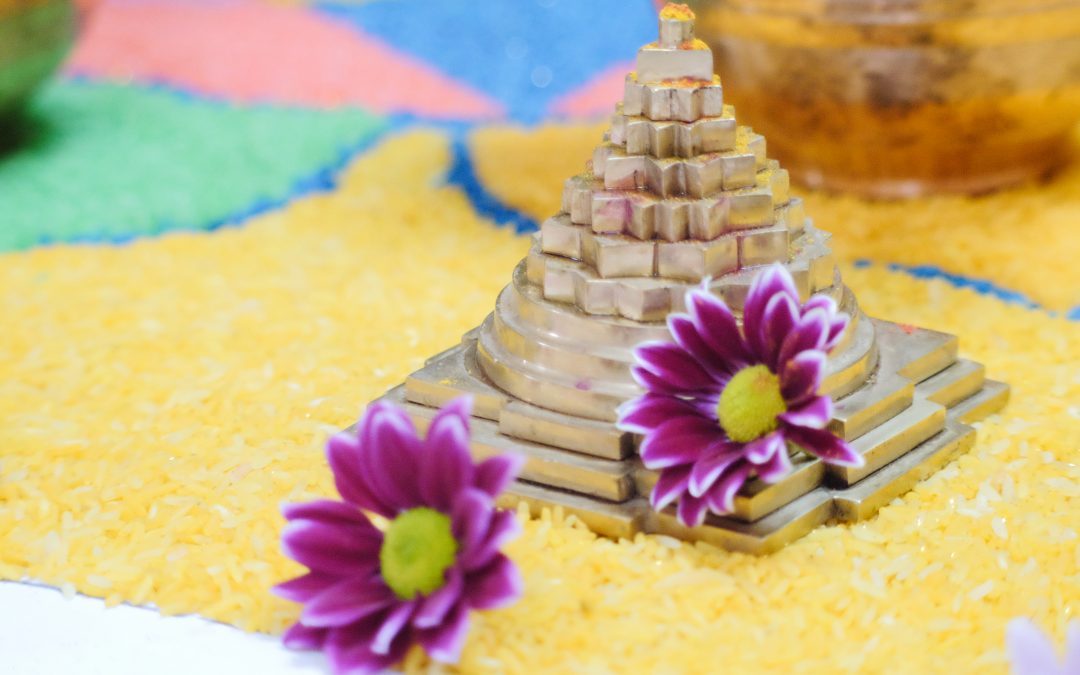 Her complexion is like the red dusk sunset, as the early twilighted moon sets in, her reflection becoming golden, a radiant beam of pure perfection.

In union eternally with Lord shiva, she dwells upon a Lotus on a golden throne in the forest of eternal bliss. With a third eye placed upon her forehead, with a red sari and rich jewellery to complement the emanation of her beauty. She has 4 arms, in which she holds 5 arrows, not of swords, but of flowers, representing the 5 senses. She holds a noose, goad, and sugarcane representing attachment, repulsion and the mind.

She, who is the manifestation of the great cosmic Wisdom, she who is the governess of the universe. She is, Tripura Sundari. Let us dive into the depths of her essential aspects and teachings. Exploring who she is in truth, how we can commune with her and what her sacred temple signifies.

Who is Tripura Sundari?

She who is the primordial Shakti,  the supreme hindu goddess of creation,  in her crystal purity all things become illuminated with divine truth. Tripura Sundari, also commonly known as Shodashi and Lalita, is the Wife of Lord Shiva, and the Goddess of the beauty of the three worlds. She represents the 3 worlds and 3 bodies through which we experience them : physical, astral and causal (matter, energy, thought). Which also represent the 3 states of consciousness : waking, dreaming and deep sleep. In the Tantric system, Lalitha often comes in the third position among the Dasha Mahavidyas, and she is also one of the nine forms of the goddess worship of Navaratri.

Tantra views all of creation as a love affair between the God Shiva and the Goddess Shakti. Shiva is the transcendent nature of the supreme consciousness and Shakti is the creative energy from which all existence springs forth. It is through the Grace of the Goddess, that we are guided into the ultimate union of Form and Spirit, the un-manifest and the manifest. Thus, in the wisdom of the Tantric way, Lalitha is the embodiment of truth, the divine nectar of creation, and transcends the cosmos that is her manifestation. In the splendour of Lalitha’s illumination, one may, finally, through the grace of the Goddess, eternally live in the heart of illuminated truth, without cravings and aversions ; seeing through the eyes of an innocent child : pure and uncorrupted by the illusion of the manifest world.

With the eyes of a freshly blooming lotus, Lalita represents illuminated beauty, a beauty that transcends all forms, and is the very source of what truth beauty is. To worship and abide in her presence, is to follow the path of beauty  form to formless. The essence of beauty, is eternal, when the mind is purified of conditioning and the known, one may rest in the light of consciousness, pure awareness through the grace of the Mother’s eternal Wine. Lalitha is the Goddess of vedantic knowledge which is the knowledge of the supreme self.

So, how can one commune with the energy and qualities of Lalita Tripura Sundari?

Of course, like any more of devotion, one must take time each day to commune with the sacred, so we may remember the gift we have been given, to remember our divinity. Importantly also, during the time of Navaratri, the energy of the Tripura Sundari can be tapped.

One of the ways to work with this energy, is to worship all the names and forms of the Divine Mother, through chanting from the Lalitha Sahasranamam. Sahasranamam in sanskrit means “ a thousand names”, and thus one may chant a thousand names of the divine Mother Goddess, in which each name presperents a different quality of the Divine Consciousness.

Chanting from Sahasranaman is a ritual and Sadhana in itself, because sanskrit names and words old a significant energy and importance. The ritual may calms and purifies the mind and uplifts and invokes a purity in consciousness.

Many also worship Lalitha through the Hindu Tantric religious system, called Shrividya Tripura. “Vidya”, in sanskrit refers to “knowledge” “learning” which is manifested in Lalitha’s mantra and in the most important yantra in Shri Vidya, which has nine intersecting triangles within a ‘circle’ or lotus. Lalitha’s yantra is a symbol fo the dynamic Shakti energy.

It is used in ritual, Sadhana and meditation to help one realise their identify and essence with the Adi Parashakti (primordial Mother Goddess in Hinduism). Ultimately through Purana Vidyas, which refer to ancient Indian philosophy, teachings, and sacred texts that are known as the true knowledge, a Shri Vidya devotee seeks ultimate liberation by realising one’s true self through communion with Devi (Divine Mother Goddess in Hinduism).

Who Made Tripura Sundari Temple?

The Tripura Sundari Temple, is an ancient sacred temple dedicated to the Hindu Diety, Tripura Sundari. It is located in the city of Udaipur, and is known as one of the 51 Shakti Peeethas of the Goddess across India. A Shakti peetha is a the holy abode of eternal power of the Devi Goddess, many pilgrimage to their sacred destinations to worship the Goddess energy consecrated in the space.

The mythical stories associated with the sacred temple signify the importance of the Goddess and the religious importance of the temple. One particular story portrays the occurrences during the sacrifice performed by Daksha Prajapathi. Daksna insults Lord Shiva, and in the inability of the divine mother Goddess to bear this humiliation, she immolates herself in the sacrificial fire. Shiva dancers wildly holding the burnt body of his consort, as pieces of her body start falling at different places as he Romes around. The right leg of Sundari’s body is believed to have fallen in at the sacred temple, hence the holy significance of the temple.

Another such legend states that Maharaja, who was the Indian Prince of Tripura, had a dream one night where he was gifted the knowledge that he should place images of the Goddess Tripura Sundari in the temple upon the hilltop near Udaipur. However, because it was the hindu Deva’s, Lord Vishnu’s temple, he hesitated as not to offend him. But when the dream came again the next night, he committed to the construction of a temple for the Goddess Tripura Sundari, which is non to be the sacred temple that stands to this day in Udaipur.