What Are Tattvas And Gunas? 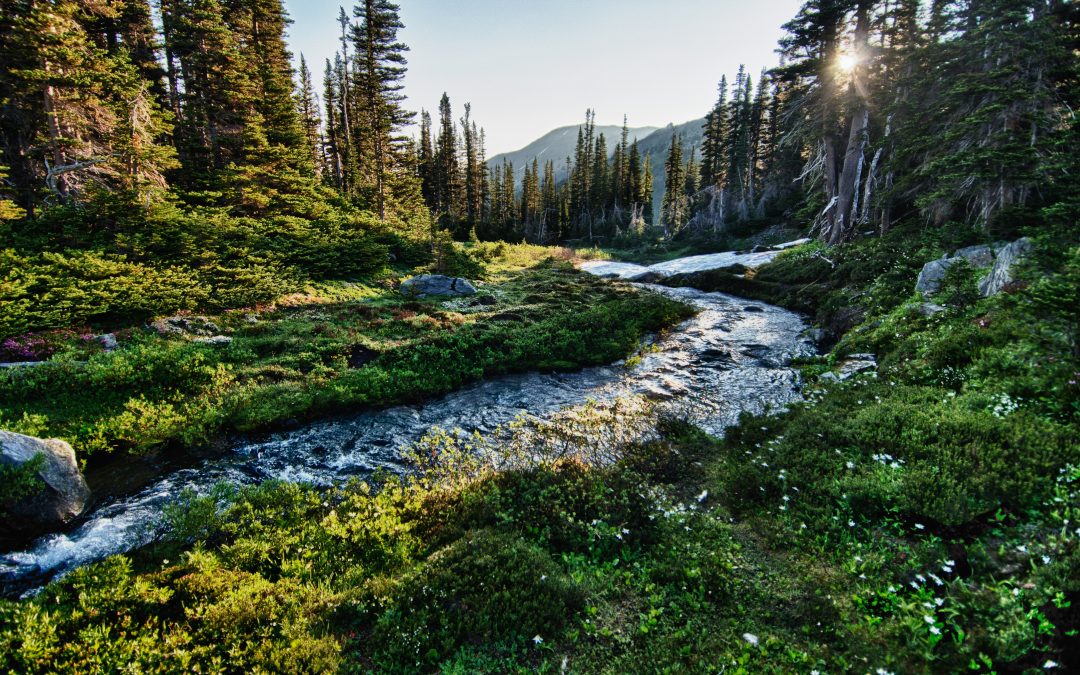 And now we will attempt to explain the building blocks of reality. Even though this seems like a lofty goal, an explanation of the tattvas will do just that. In Sanskrit, tattva can be translated as “reality” or “that-ness”, and so this blog explaining the tattvas, in fact, dives head first into a discussion about the building blocks of reality and how they lead us to experience day-to-day life both in its subtle and gross qualities.

In Shaivite philosophy there are 36 tattvas, while in traditional Samkhya philosophy the number of tattvas recognized is 25. These combine and recombine with each other in endless succession in ways that are shaped by three main qualities, the three gunas.

This blog post will explore many of the tattvas as well as the three gunas and provide suggestions on how they can be worked with for benefit on the spiritual path.

Foundation of the Tattvas in Philosophy

Samkhya philosophy is widely accepted within the different schools of Indian philosophy and, in fact, forms the philosophical foundation of much yoga philosophy, including Patañjali’s Yoga Sutras, as well as the yoga practices that it discusses.

Samkhya philosophy is dualistic, and sees all of reality as composed of purusa and prakrti. Here purusa, refers to the cosmic Self and is totally free, independent, and unconditioned. It is kind of like the divine spark of life that animates the universe. As the witness consciousness it is known as the jiva, embodied awareness from which its entanglement with matter is evident.

Prakrti, thus, refers to nature in all its manifold forms; it is matter, but also includes all of the cognitive, moral, and psychological aspects given rise from matter. It is really the entire physical universe of energy and matter. It is remarkable that the manas tattva, the mind with all its aspects of sense processing and faculty of attention, also emerges from prakrti.

But without purusa, the Cosmic Self, prakrti would be cold and without life. The attraction between prakrti to purusa ensures that they are always connected in a cosmic dance of manifestation, which unfolds itself giving shape to existence, in all its subtle and gross forms, as we experience them.

In secession, prakrti further emanates, giving form to the five tattvas, the mahabhutas, and three gunas, the building blocks of reality, which we will now explore.

Fundamental to this process of emergence are the five elemental tattvas – these are really the basic building blocks of the physical universe of experience.

We will explore each of the mahabhutas in the order that they descend from prakrti. This is their order as they manifest into the fullness of creation. This order also traces the mahabutas from their most subtle to their most gross expression.

The space element is at the top of the mahabuta tattva hierarchy. The akasha tattva, also called akash, represents the state from which all the other mahabutas unfold into existence and can be thought of as the vessel holding creation. As the most subtle expression, the sense of sound is used to perceive it.

Its symbol is a black oval and its seed mantra is HAM. The akash tattva is most connected with the visuddha chakra in the subtle body.

The air element is the next mahabhuta. The vayu tattva, also known as the wind or air element, represents the state of movement. You can see this when you think of wind blowing cloud through the sky, or feel a breeze on your skin. As a more subtle expression, the sense of touch is used to perceive it.

Its symbol is a blue circle and its seed mantra is YAM. The vayu tattva is most connected with the anahat chakra in the subtle body.

The tejas tattva, or fire element, represents vitality, transformation and combustion. You can see this element in action when you think of how the agni prana transforms the food we eat into the energy we use to sustain our physical bodies. The sense of sight is used to perceive it.

Its symbol is a red triangle and its seed mantra is RAM. The tejas tattva is most connected with the manipur chakra in the subtle body.

The apas tattva, or water element, represents the state of liquidity and flow. You can see this when you think of how water takes the shape of the glass it is poured into. Its power is located in its ability to flow through any situation or landscape. The sense of taste is used to perceive it.

Its symbol is a silver crescent moon and its seed mantra is VAM. The apas tattva is most connected with the svadhishthan chakra in the subtle body.

The earth element is at the bottom of the tattva hierarchy. It represents the state in which all the other tattvas have become fully expressed in creation. As the fullest expression, the earth element utilizes all the senses in perceiving it, but is especially associated with the sense of smell.

Its symbol is a yellow square and its seed mantra is LAM. The prithvi tattva is most connected with the muladhar chakra in the subtle body.

The combination and recombination of the five tattvas into the diverse forms of prakrti is governed and propelled by the interplay of the three gunas of sattva, rajas, and tamas. In Sankrit, guna means “quality” and that is just what these are in the context of prakrti as it interacts with itself, transforming into further differentiated forms that are shaped by the qualities of the gunas.

The interplay of the gunas governs the transformation of prakṛti as it evolves towards further manifestation and expression.

The gunas are not tattvas themselves but they refer to forces that always act upon and influence the interactions between all the tattvas flowing from prakrti. In this way, the gunas recombine the tattvas in dynamic fashion to create the essential facets of energy and matter. This includes both physical reality that we can hear, touch, see, taste and smell, but also all psychological reality that we experience. This is the human experience!

The sattva guna refers to the quality of lightness, or balance, and is most similar to the vayu tattva. The sattvic quality represents the perfect balance between the other two gunas. Sattvic states are states of balance, harmony and joy. They are cultivated through practicing a yogic lifestyle. Meditation, our practice of bringing the manas tattva into balance is a very effective method to increase sattvic states of experience in our day-to-day life.

Working with the Gunas

Although, it may seem natural to want to only experience the sattva guna, it is really not advisable. Life in the realm of matter requires that tamasic and rajasic qualities all have a place in our experience, as well, though keep these qualities in balance is an important practice to keep.

Just as any beautiful painted work of art utilizes a varied palette of colors to bring its scene into existence, so too must we be artful with how we combine the three gunas into our lives to honor, embrace, and create our lived experience.

Our discussion of the tattvas is extremely important for understanding Shaivite Philosophy, which takes the 25 tattvas of the Samkhya system and builds upon it adding eleven tattvas.

With the exception of purusa, Shaivite systems, such as Kashmiri Shaivism, consider the remaining 25 tattvas to be impure tattvas. The impure tattvas, or ashuddha tattvas, taken together are responsible for all of our experiences that are not aligned with the truth of reality.

Building on purusa, there are eleven additional tattvas. There are also pure-impure tattvas, shuddhashuddha tattvas, which includes for example the vidya tattva, or the limited power of knowledge. The vidya tattva is one of the coverings upon our true self that makes us take the limited knowledge we have about the world and assume that it represents a total knowledge of reality.

The remaining five tattvas are called the pure tattvas, or shuddha tattvas in Sanskrit. These consist of the aspects of universal experience, and are said to be created by Shiva, himself. These include Shakti, Shiva and the Heart of Shiva, where Shiva-Shakti are combined in perfect union. Whereas the Samkhya system was dualist, the tattvas under Shaivite philosophy are non-dualistic.

How Can this Knowledge be of Benefit?

Knowledge of the tattvas, the enumerated building blocks of the cosmos, is important for understanding the Yoga Sutras, but also Tantra, and even other Indian spiritual texts, such as those of the Jains.

For Jains, prakṛti forms a theory of karma where prakṛti acts like karmic matter and is thought to cover the perfections of the Soul (jiva), preventing its liberation. If the Soul where to recognize itself as divine, the jiva would attain liberation.

This is similar in the Shaivite philosophy of Kashmir Shaivism, where we are invited to recognize our nature as identical to Shiva, the ground of consciousness that manifests all things.

Tattvas and the Chakras

Human beings have 7 main chakras, which are wheels or energy centers through which prana flows. Five of these chakras correspond to the different elements manifested through the tattvas. Working with each element through meditation or yoga practice is a way of working with the corresponding chakra.

One particularly potent method of meditation that can be used for working with each elemental tattva to energize its related chakra is through chakra mantra. Each chakra has an associated mantra, and by repeating that mantra while meditating or even throughout your day can be a powerful practice found within tantra.

Reciting mantras helps build prana (life force) and shakti (energy) and also energizes the chakras. It is a powerful practice that can even assist us with work our karma by working through karmic matter.

If you are called to work with the Tattvas and Chakras through mantra, it is important to receive appropriate guidance, which we are pleased to provide upon request.